Jesus is Denied by Peter 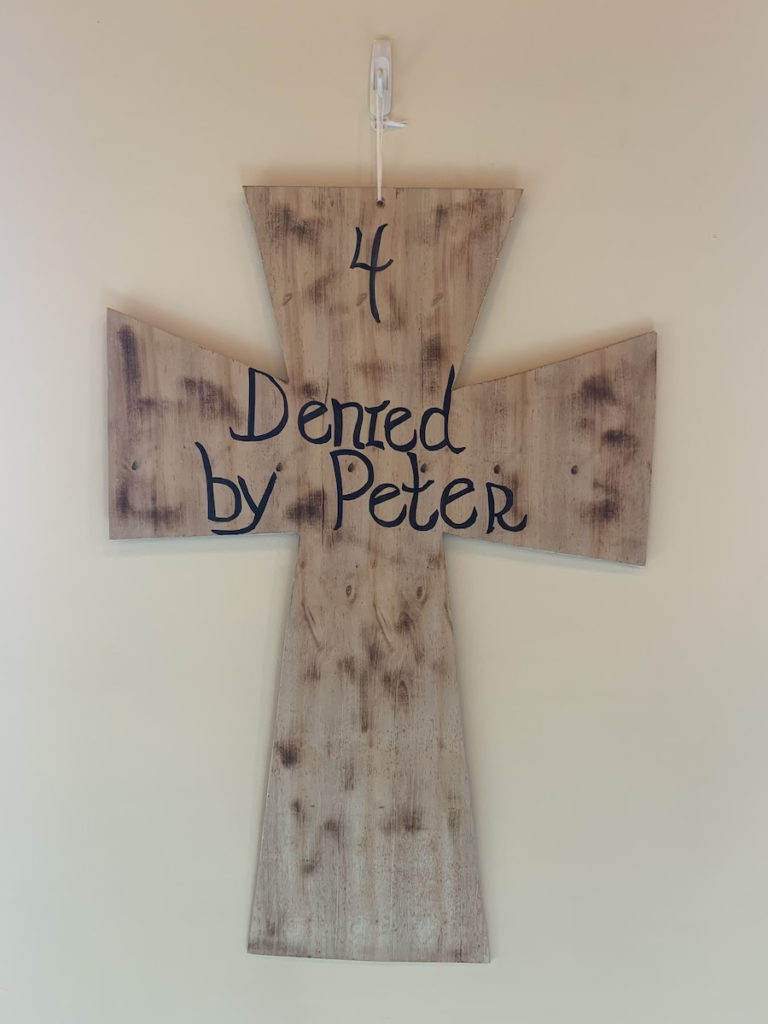 We adore you, O Christ, and we bless you; by your holy cross, you have redeemed the world. Help us to walk in your steps. Amen.

Now Peter was sitting outside in the courtyard. And a servant girl came up to him and said, “You also were with Jesus the Galilean.” But he denied it before them all, saying, “I do not know what you mean.” And when he went out to the entrance, another servant girl saw him, and she said to the bystanders, “This man was with Jesus of Nazareth.” And again he denied it with an oath: “I do not know the man.” After a little while the bystanders came up and said to Peter, “Certainly you too are one of them, for your accent betrays you.” Then he began to invoke a curse on himself and to swear, “I do not know the man.” And immediately the rooster crowed. And Peter remembered the saying of Jesus, “Before the rooster crows, you will deny me three times.” And he went out and wept bitterly.

A scene from the Passion of the Christ showing Peter's denial

What emotions do you experience in watching this scene?

Lord Jesus, the betrayal of Judas and the denial of Peter is the beginning of your abandonment. By your Holy Spirit, grant us to the courage to follow you and stick close, even when we are led to places of discomfort and moments of trial. Help us to follow. In the name of Christ. Amen.

Stations of the Cross Index Page