Jesus is Judged by Pontius Pilate 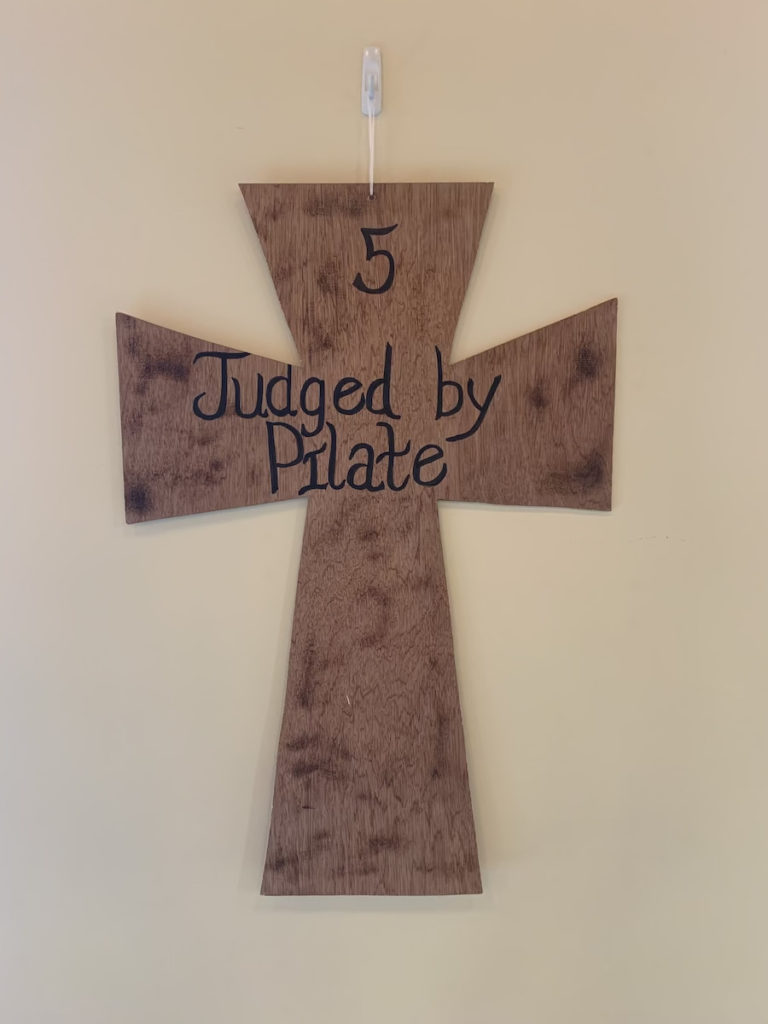 We adore you, O Christ, and we bless you; by your holy cross, you have redeemed the world. Help us to walk in your steps. Amen.

And as soon as it was morning, the chief priests held a consultation with the elders and scribes and the whole council. And they bound Jesus and led him away and delivered him over to Pilate. And Pilate asked him, “Are you the King of the Jews?” And he answered him, “You have said so.” And the chief priests accused him of many things. And Pilate again asked him, “Have you no answer to make? See how many charges they bring against you.” But Jesus made no further answer, so that Pilate was amazed.

So Pilate, wishing to satisfy the crowd, released for them Barabbas, and having scourged Jesus, he delivered him to be crucified.

Lord Jesus, you cried out to your Father in your moment of greatest need. Form us in such a way that we, too, might cry out to our heavenly Father during our times of distress. And give us faith to follow you in obedience. Amen.

Stations of the Cross Index Page